Which form of birth control you choose depends on a number of different factors, including your health, how often you have sex, and whether or not you want children.

Here are some factors to consider when selecting a birth control method: 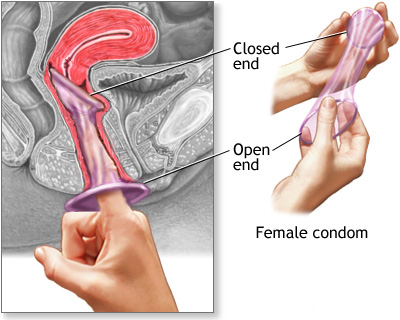 The female condom, like the male condom, is a barrier contraceptive made of latex or polyurethane. The condom has a ring on each end. The ring that is placed inside the vagina fits over the cervix, while the other ring, which is open, rests outside of the vagina and covers the vulva. The female condom is sold over-the-counter. 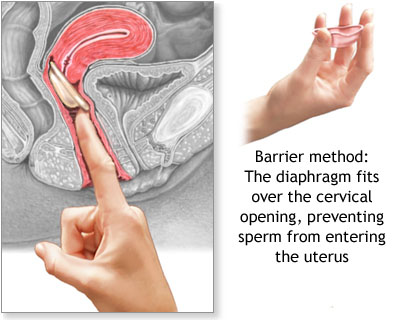 Birth control methods that use hormones will have either both an estrogen and a progestin, or a progestin alone. 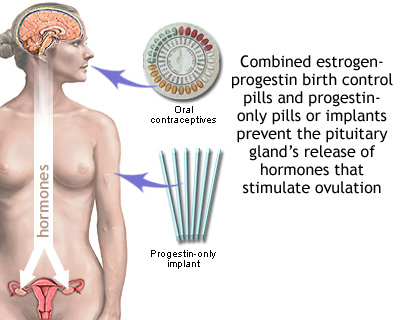 The pill works in several ways to prevent pregnancy. The pill suppresses ovulation so that an egg is not released from the ovaries, and changes the cervical mucus, causing it to become thicker and making it more difficult for sperm to swim into the womb. The pill also does not allow the lining of the womb to develop enough to receive and nurture a fertilized egg.

This method of birth control offers no protection against sexually-transmitted diseases.

These methods are best for men, women, and couples who believe they never wish to have children in the future. While viewed as a permanent method, these operations can sometimes be reversed if a man or woman later chooses to become pregnant.

Abnormal vaginal discharge (female)
Painful intercourse in women (female)
Absent menstrual periods (female)
Heavy menstrual periods (female)
Problems with Penis (male)
Lower abdominal pain (female)
Теги:
contraception
IUD
family planning
condom
diaphragm
cervical cap
vaginal sponge
hormones
the pill
permanent contraception
Синонимы:
Contraception; Family planning and contraception
Information presented on this website is for general use. It intended to address issues of your concern. It is not intended to serve as a basis for professional diagnosis and treatment of diseases or health conditions.
Should you have health problems we suggest you to seek assistance from a licensed healthcare professional and medical organization. In the case of a medical emergency, please call emergency services immediately.