An ectopic pregnancy is a pregnancy that occurs outside the womb (uterus). It is life-threatening to the mother. 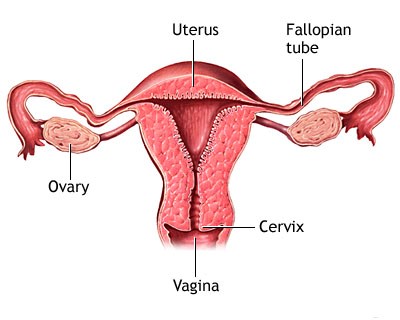 In most pregnancies, the fertilized egg travels through the fallopian tube to the womb (uterus). If the movement of the egg is blocked or slowed through the tubes, it can lead to an ectopic pregnancy. Things that may cause this problem include:

The following also increase risk of an ectopic pregnancy:

Sometimes the cause is unknown. Hormones may play a role.

An ectopic pregnancy can occur even if you use birth control.

You may have early pregnancy symptoms, such as breast tenderness or nausea. Other symptoms may include:

If the area around the abnormal pregnancy ruptures and bleeds, symptoms may get worse. They may include:

The health care provider will do a pelvic exam. The exam may show tenderness in the pelvic area.

A pregnancy test and vaginal ultrasound will be done.

Ectopic pregnancy is life-threatening. The pregnancy cannot continue to birth (term). The developing cells must be removed to save the mother's life.

You will need emergency medical help if the area of the ectopic pregnancy breaks open (ruptures). Rupture can lead to bleeding and shock, an emergency condition. Treatment for shock may include:

If there is a rupture, surgery is done to stop blood loss and remove the pregnancy. In some cases, the doctor may have to remove the fallopian tube.

If the ectopic pregnancy has not ruptured, treatment may include:

The likelihood of a successful pregnancy after an ectopic pregnancy depends on:

Call your doctor or nurse if you have:

Abnormal vaginal bleeding (female)
Lower abdominal pain (female)
Теги:
Tubal pregnancy
Cervical pregnancy
Tubal ligation-ectopic pregnancy
Information presented on this website is for general use. It intended to address issues of your concern. It is not intended to serve as a basis for professional diagnosis and treatment of diseases or health conditions.
Should you have health problems we suggest you to seek assistance from a licensed healthcare professional and medical organization. In the case of a medical emergency, please call emergency services immediately.