Obsessive-compulsive disorder is an anxiety disorder in which people have unwanted and repeated thoughts, feelings, ideas, sensations (obsessions), or behaviors that make them feel driven to do something (compulsions).

Often the person carries out the behaviors to get rid of the obsessive thoughts, but this only provides temporary relief. Not performing the obsessive rituals can cause great anxiety. 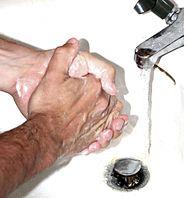 Obsessive-compulsive disorder is an anxiety disorder characterized by an inability to resist or stop continuous, abnormal thoughts or fears combined with ritualistic, repetitive and involuntary defense behavior.

Obsessive-compulsive disorder (OCD) is more common than was once thought. Most people who develop it show symptoms by age 30.

There are several theories about the cause of OCD, but none have been confirmed. Some reports have linked OCD to head injury and infections. Several studies have shown that there are brain abnormalities in patients with OCD, but more research is needed.

About 20% of people with OCD have tics, which suggests the condition may be related to Tourette syndrome. However, this link is not clear.

There are many types of obsessions and compulsions. Examples include:

The person usually recognizes that the behavior is excessive or unreasonable.

Your own description of the behavior can help diagnose the disorder. A physical exam can rule out physical causes, and a psychiatric evaluation can rule out other mental disorders.

Questionnaires, such as the Yale-Brown Obsessive Compulsive Scale (YBOCS), can help diagnose OCD and track the progress of treatment.

If an SSRI does not work, the doctor may prescribe an older type of antidepressant called a tricyclic antidepressant. It can have unpleasant side effects, including:

Other medications, such as low-dose atypical antipsychotics have been shown to be helpful. Benzodiazepines may offer some relief from anxiety, but they are generally used only with the more reliable treatments.

Cognitive behavioral therapy (CBT) has been shown to be the most effective type of psychotherapy for this disorder. The patient is exposed many times to a situation that triggers the obsessive thoughts, and learns gradually to tolerate the anxiety and resist the urge to perform the compulsion. Medication and CBT together are considered to be better than either treatment alone at reducing symptoms.

Psychotherapy can also be used to:

OCD is a long-term (chronic) illness with periods of severe symptoms followed by times of improvement. However, a completely symptom-free period is unusual. Most people improve with treatment.

Long-term complications of OCD have to do with the type of obsessions or compulsions. For example, constant handwashing can cause skin breakdown. However, OCD does not usually progress into another disease.

Call for an appointment with your health care provider if your symptoms interfere with daily life, work, or relationships.

There is no known prevention for this disorder.

Anxiety (male | female)
Information presented on this website is for general use. It intended to address issues of your concern. It is not intended to serve as a basis for professional diagnosis and treatment of diseases or health conditions.
Should you have health problems we suggest you to seek assistance from a licensed healthcare professional and medical organization. In the case of a medical emergency, please call emergency services immediately.