Epilepsy is a disorder of the brain. People who have epilepsy have electrical activity in the brain that is not normal, causing seizures. There are different types of seizures. In some cases, a seizure may cause jerking, uncontrolled movements, and loss of consciousness. In other cases, seizures cause only a period of confusion, a staring spell or muscle spasms. Epilepsy is also called a “seizure disorder”. 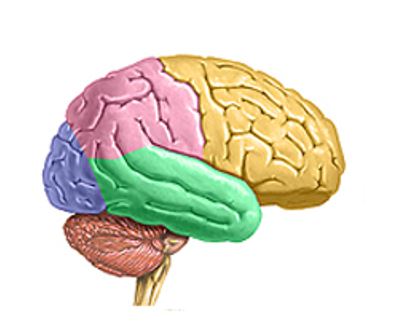 A single seizure is not considered epilepsy. People who have epilepsy have repeated episodes of seizures.

Epilepsy is not a mental illness, and it is not a sign of low intelligence. It is also not contagious. Seizures do not normally cause brain damage. Between seizures, a person with epilepsy is no different from anyone else.

What are the symptoms of epilepsy?

The primary symptom of epilepsy is seizures. A single seizure is not considered epilepsy. People who have epilepsy have repeated episodes of seizures.

Before a seizure begins, some people experience dizziness, emotional changes, or changes in vision (such as hallucinations), smell (smelling an odor that isn’t there), or touch (such as numbness or tingling). This is called an aura.

When should I call my doctor?

Call your doctor if:

Doctors don’t always know what causes epilepsy. Some things that may increase your risk for epilepsy include the following:

How is epilepsy diagnosed?

To diagnose epilepsy, your doctor will review your medical history and perform a neurological exam. Your doctor may also recommend blood tests, and tests such as an electroencephalogram (EEG), computed tomography (CT) or magnetic resonance imaging (MRI). These tests allow your doctor to monitor your brain activity and examine your brain for problems such as bleeding or tumors.

How is epilepsy treated?

Epilepsy usually is treated with medicine. If medicine doesn’t help your seizures, your doctor may recommend surgery or other therapies. If your doctor knows what is causing your epilepsy, treating the cause may make the seizures stop.

What do I need to know about taking medicine for epilepsy?

Medicines that help prevent seizures are called anticonvulsants or antiepileptics. Your doctor will recommend a medicine based on the type of seizures you have, how often you have seizures, your age, and your general health. After you begin taking the medicine, your doctor will monitor you closely to determine whether the drug is working, to watch for side effects, and to make sure your dose is correct.

These medicines may cause side effects, including fatigue, dizziness, skin rash, or problems with your memory, coordination, or speech. Call your doctor right away if you experience depression, suicidal thoughts, or severe rash while taking your medicine.

It may be possible for some people who have epilepsy to eventually stop taking medicine. However, this decision must be made by your doctor. Before you and your doctor can decide to stop the medicine, several questions should be considered. These include how quickly your seizures were controlled, how long you have been free of seizures, and if you have other illnesses that may affect your problem.

What about surgery and other therapies?

Surgery is most commonly done if it’s known that your seizures begin in a well-defined area of your brain that doesn't interfere with important functions like speech, language, or hearing.

In other cases of medicine-resistant seizures, your doctor may recommend a type of therapy called vagus nerve stimulation. This requires a small device be implanted under the skin on your chest. The device delivers electrical pulses to the vagus nerve in the neck.

A kind of treatment for children with certain types of epilepsy that are difficult to control involves a strict diet that is high in fat and low in carbohydrates. This diet is known as a ketogenic diet. This diet should be prescribed and monitored by a physician.

With all treatments, work with your doctor to determine the best treatment for you.

What should I do when someone has a seizure?

If you have epilepsy, you may want to share the following information with your family, friends and coworkers. If someone near you has a seizure, use the following general guidelines:

What are the health risks associated with epilepsy?

Epilepsy can increase your risk of injury or other problems, including the following:

Questions to Ask Your Doctor

Twitching and Tremor (male | female)
Feeling Faint and Passing Out (male | female)
Теги:
epilepsy
disorder of the brain
Information presented on this website is for general use. It intended to address issues of your concern. It is not intended to serve as a basis for professional diagnosis and treatment of diseases or health conditions.
Should you have health problems we suggest you to seek assistance from a licensed healthcare professional and medical organization. In the case of a medical emergency, please call emergency services immediately.