Thrombocytopenia is a condition in which your blood has a lower than normal number of blood cell fragments called platelets. 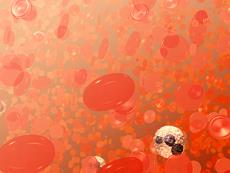 Many factors can cause a low platelet count, such as:

How long thrombocytopenia lasts depends on its cause. It can last from days to years.

The treatment for this condition also depends on its cause and severity. Mild thrombocytopenia often doesn't require treatment. If the condition causes or puts you at risk for serious bleeding, you may need medicines or blood or platelet transfusions. Rarely, the spleen may need to be removed.

Thrombocytopenia can be fatal, especially if the bleeding is severe or occurs in the brain. However, the overall outlook for people who have the condition is good, especially if the cause of the low platelet count is found and treated.

Rash with Fever (male | female)
Теги:
Thrombocytopenia
hemangioma
hemorrage
bruise
bone marrow diseases
Information presented on this website is for general use. It intended to address issues of your concern. It is not intended to serve as a basis for professional diagnosis and treatment of diseases or health conditions.
Should you have health problems we suggest you to seek assistance from a licensed healthcare professional and medical organization. In the case of a medical emergency, please call emergency services immediately.